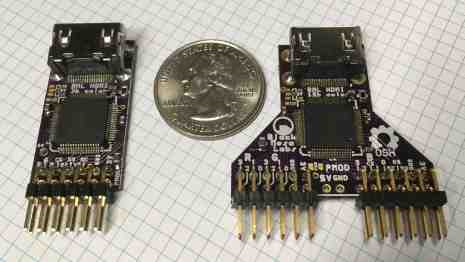 The BML 3bit HDMI over single-PMOD uses 7 of 8 available LVCMOS 3.3 pins on a single PMOD to provide 3bit color ( R,G,B 100% On or Off ). Example Verilog design drives 800×600 using a 40 MHz dot clock. The TI TFP410 is very versatile in the resolutions it can generate and is really just limited by the clock that the FPGA can provide and the data rates the PMOD connectors are capable of.