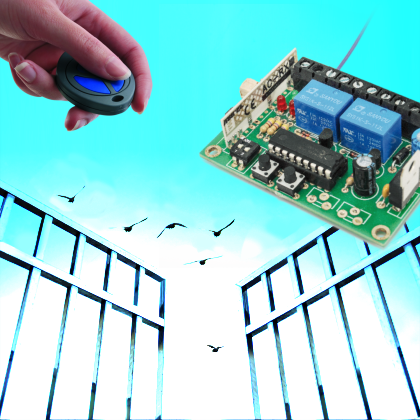 Boris Landoni writes about a new open source project 2-channel receiver that can save your old Motorola TX:

A 433,92 MHz Receiver that can be paired with a maximum of 10 Motorola TX each with relay outputs that can be set both in monostable or bistable mode.

Although we have had high security encoding for several years, based for instance on rolling-codes, a lot of remote controls and especially those installed long time ago in houses and other places for opening gates, are based on fixed and relatively simple encoding like the MM53200 of former National Semiconductor and the Motorola MC14502x; the latter had two new elements at the time of its introduction, that were the high (for the times) number of combinations allowed (19,683) and the three-state encoding (each encoding input of the encoder and of the decoder would allow three logic levels and required special three-state dip-switches).