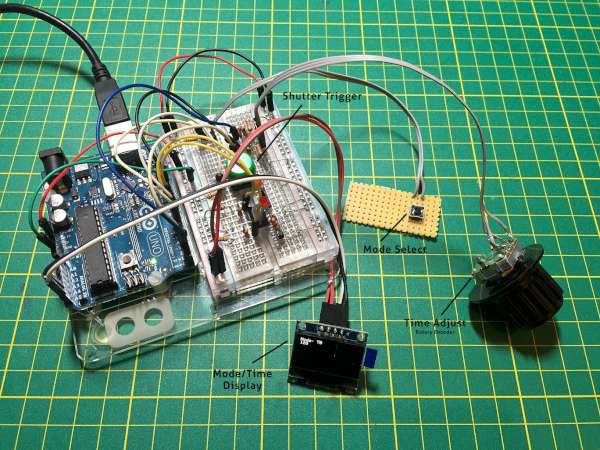 It’s taken some research but I have built a prototype with my trusty ARDX Arduino Uno kit
Currently, the device changes mode with a press of the mode button which will later be incorporated in a suitable rotary encoder. I modified the prototype’s rotary encoder to remove the detents and therefore, have continuous motion rather than be stepped. When stepped, the value hops by two at a time. The ‘B’ and ‘T’ modes both operate as expected and at the moment, the rotary encoder changes a value in ‘TB’ mode and is displayed on the OLED display. the outputs are opto-isolated so will appear as switches to the camera. Although I’ll be using the cable release with a Canon DSLR, it should be very easy to make it work with other DSLR makes.