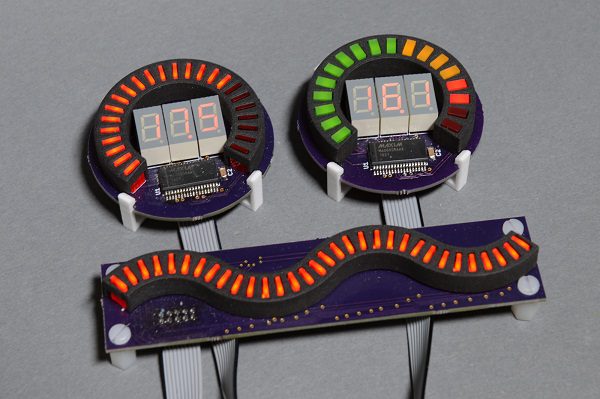 While building my zombie containment unit, I decided I wanted some LED displays or bar graphs to complement the containment status video running on the smaller secondary video monitor. Some other containment units used LED air pressure gauges from eBay. I wanted to achieve a similar look, but I also wanted my gauge to be software controllable so I could change the number of segments lit in response to events in the playback of the two videos. I decided it was time to build my own LED bar graphs.