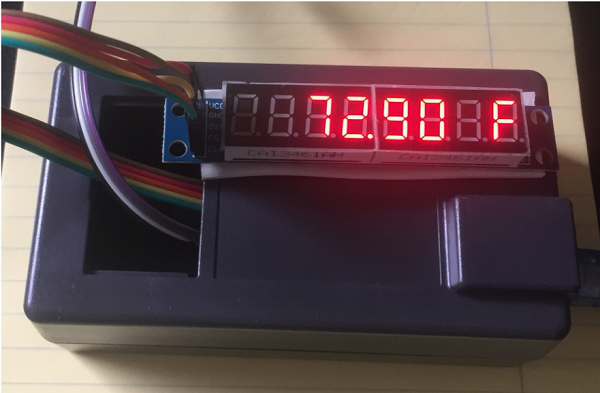 Previously, in part 1 of my blog posting Programming a 7-segment Display, using just Arduino digital pins (the hard way) we had demonstrated how to hook up a pair of 7-segment displays to an Arduino, treating each individual segment as a separate LED. There was a bit of tricky logic to translate each digit into the segments A, B, C, D, E, F, G plus additional logic to turn the digital pins on or off. Although I tried to code it as efficiently as possible, the logic may have been difficult to understand.
Also, constructing the project was fairly tedious, with dozens of resistors and hook-up wires.
Instead, lets do this the easy way. A typical MAX7219 module comprised of a single MAX7219 chip and eight 7-segment displays.