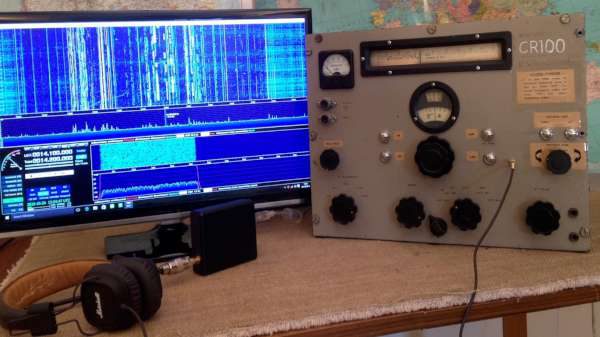 Jon Hudson over at DesignSpark‎ writes:

This is a belated post of a fun project we did for RS Components. With the upcoming 80th anniversary of the founding of ‘RadioSpares’ – the original name for UK-based RS-Components, and the creation of an “Engineers’ Playground” as a feature of the 2016 Electronica event in Munich, we thought it might be fun to create an exhibit which could celebrate aspects of Radio receivers spanning that whole period. What if we were to take an ancient short wave receiver from the late nineteen thirties with its magnificent construction and rugged controls, and to replace the circuitry with a modern Software Defined Radio from SDRplay? What a great combination that would be! And so the project began.