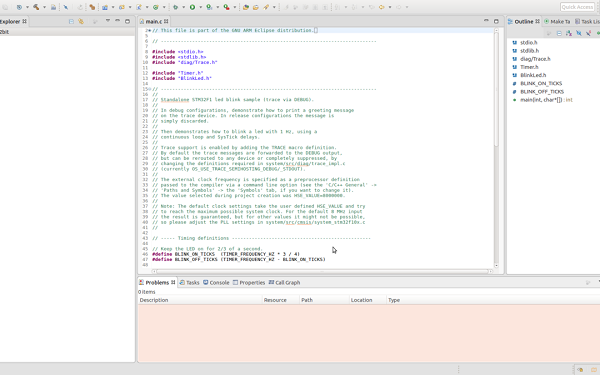 The battle isn’t AVR Atmega vs Microchip PIC anymore.. More and more people are moving to ARM chips. As easy as it sounds but it isn’t. ARM is an company that invented the ARM chips, but doesn’t has a silicon fab, instead they license the design to several silicon manufacturer like ST, NXP, xx and all those manufacturer put their own sauce and peripherals to the basic design. Nice to have such a large diversity, but when unfamiliar with ARM in general it is a bit overwhelming and hard to choose from. An other ‘problem’ is the vendors don’t offer a complete development kit to instantly start with their chips.
After browsing ebay for arm starterkits, STM32 seems to be a reasonable starting point as it appears to me most development boards are using this chip. ST doesn’t offer a development kit as I expected. so i try to find a more ‘generic’ development kit. After googling for a couple of hours I almost give up on this and wanted to stick with Microchip forever. I asked a bit round in my networks of ‘geeks’ and found everyone was struggling with this. Charles of paxinstruments.com pointed me into the direction of Eclipse. Eclipse is a general IDE with support throught plugins for various compilers and platforms. I tried to follow their installation guide found here.