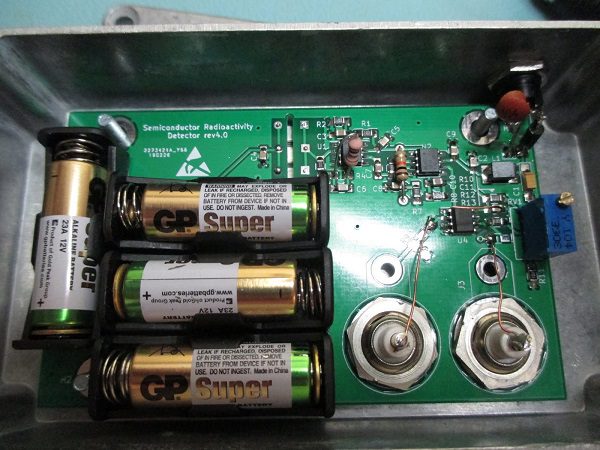 Robert Gawron has made a new version of his radioactivity detector project and wrote a post on his blog detailing its assembly:

In this post I will present a new hardware version of my sensor, older versions are described in part I and part II. In comparison to the previous one, sensitivity is roughly x10 more sensitive.
In previous version, tin foil window for photodiodes was very close to the BNC sockets and because enclosure was small, it was hard to place a sample close enough. Not it’s better, however, if I would choosing again, I would use metal enclosure similar to those used in PC oscilloscopes and put BNCs on front panel, power socket on rear panel and tin foil window on top. This would allow me to easier access for debugging- now I have to desolder sockets to get to photodiodes or to bottom side of PCB.