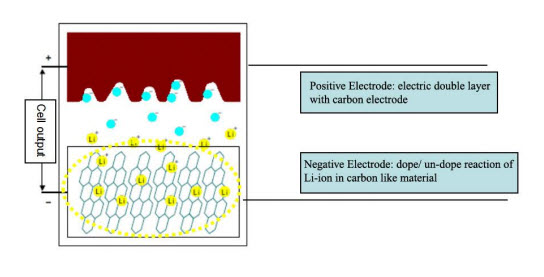 EDLCs were first created in Japan in the 1970s and began appearing in various home appliances in the 1990s. Since the 2000s, they have been used in mobile phones and digital cameras. EDLCs are typically used to protect against sudden momentary drops or sudden interruptions in power. They can instantaneously output large amounts of power, while a battery cannot. They are frequently used as backup power sources in servers and storage devices for integrated circuits, processors, memory and more.

While EDLCs are intended to be backup power sources, conventional EDLCs suffer from a phenomenon known as self-discharge, where the capacitor will gradually lose its charge over time. Self-discharge can occur more rapidly during exposure to high temperature environments. The extremely low self-discharge of an Lithium Ion Capacitor, even in high heat environments, ensures a long-lasting charge.