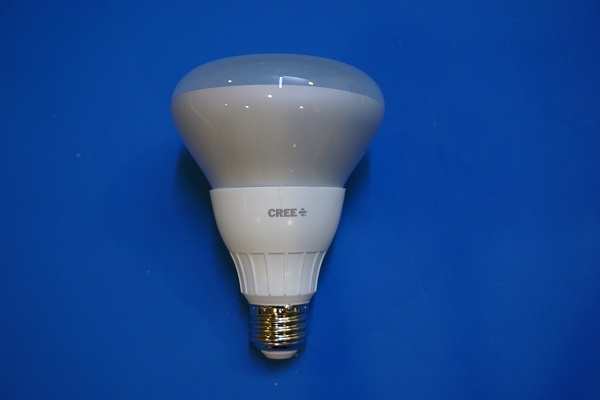 Kerry Wong did a teardown of a 65W Cree LED bulb:

Upon removing the glass bulb enclosure, I was a bit surprised to see that only two power LEDs were used in this Cree bulb. Typically, you would see many more lower wattage LEDs put together to achieve higher wattage ratings. The two power LEDs are wired in series. Each power LED likely consists of eight to ten LED dies inside as the forward voltage drop of these two LEDs is measured at around 70V in operation, with each dropping around 35V. There is also a reverse polarity protection diode integrated into each of these power LEDs.