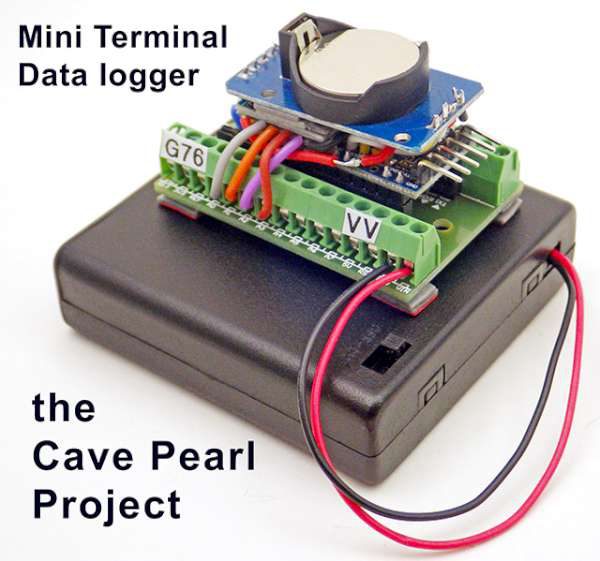 If you need a logger with a cheap durable housing, it’s still hard to beat the Dupont-jumper build released in 2016. But sometimes I need more of a bare-bones unit for bookshelf test runs while I shake down a new sensor. I can whip up a breadboard combo in about twenty minutes, but they can stop working if I bump one of the wires by accident. I’ve lost SD cards from this half way through a long term test, and I’ve also run into issues with noise & resistance from those tiny breadboard contact points.
To address this problem I’ve come up with a new configuration that uses a screw-terminal expansion shield originally intended for the Arduino Nano. This requires a modest bit of soldering, and after some practice, between 1-1.5 hours to finish depending on how many “extras” you embed.