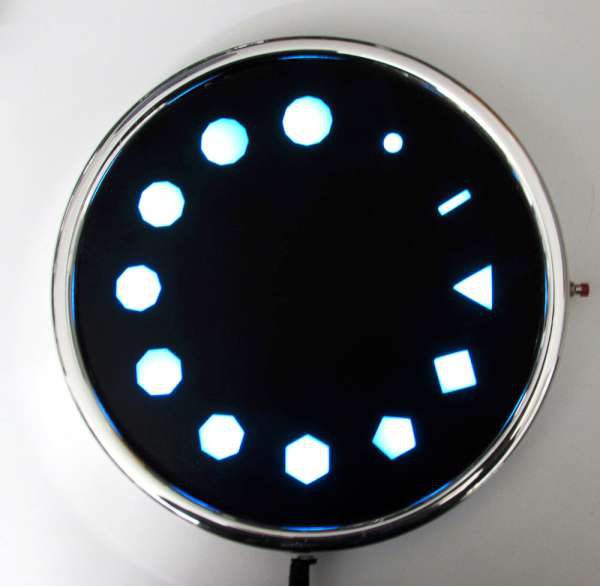 This project implements a Knight Rider / Rainbow effect Random Selector.
It uses an Arduino UNO and a WS2812B RGB led strip.
A friend of mine needs a random selector for train scale model.
I’ve developed this using the Arduino framework, because he would like to modify the sketch “the Arduino way”.
Unluckly I have not any picture or video of his build. So I’ve built a dice selector by using an old clock frame. I would like to thank my friend Matteo for cutting vinyls out for this project.