This section allows you to view all Messages made by this member. Note that you can only see Messages made in areas you currently have access to.

Thanks for the ZD-915 info.  Let me ask a more basic question, since this is kind of the mandatory for the use I want.  Can you have 2 outputs on your station, and either use them simultaneously, or individually selected?  All the projects I've seen, only have one output plug on their stations.  I'm looking at the schematic, and on the J2 Iron connector, there are Vout1, Vout2, and J6 Sensor connector, there is SenseA,SenseB.  I'm assuming that Vout1 and SenseA would control one output, and Vout2 and SenseB would control another output.

There already was a discussion about this:

Another question for those who understand the essence of the matter.  We have a universal station with two channels, but we can only configure them to work in parallel like tweezers, and the question is, why not add the code a bit and make these channels work independently and then there will be something similar to the JBC but albeit without the possibility of a name  together with tweezers and a soldering iron, or maybe even better to add at least one channel to the iron and then we can collect almost any configuration from two tools softly, this is true for the nano version, and of course it will not do without additional sleep channels for subs  each tool

It's in todo list amongst other stuff, I myself run T210 and T245 configured as tweezers, works ok, but most of the time I need different temps of each tool. Same temp kinda defeats support for two Irons (you can connect any 2 irons to the station, but temp.will be identical for both...)

Checked HW, FW, went through Sparkybg's notes - this will require new HW revision, which won't happen at least until summer

Channels are interleaved, and they should, as it's an universal controller supporting a variety of different tools, it needs to switch not only the power but also temperature sensor as only one amplifier for each temperature and current sense on the board. The power is limited anyway. So having two or three powerful tools will potentially limit the power of each other, since even idling tool consumes some of the power.
As Sparky said, it's better to just have a separate controller for each tool.

So you can (kind of) use both outputs to drive two soldering tools -> but it is not recommended and only possible with strong limitations (because of the hardware and software design). Afaik 'Sparky' has no plans for a future HW revision with two totally separate heater channels and two separate sleep sense circuits... and 'Iwanushka' hasn't been active on this forum for over a year (so there won't be a new pcb revision from him either).
2
Quote from: wildstar87 on October 30, 2021, 10:23:40 am

Not trying to connect T12 or JBC handles to my current station, without using Unisolder so I don't think the reading conversion would be a problem, since Unisolder already supports all these handles, at least as far as the soldering irons are concerned.  The desoldering side is much more of a question, either using the existing desoldering iron, or using the gun from a ZD-915, or similar.

The pinout for the ZD-915 desoldering gun is well known:

is there somewhere in this long thread lol where it shows what is needed to go up in screen size to like a 2.4? my eyes are not as good after major surgery for cancer in the eye and i need as large as i can get now to be able to glance over at without getting up close to read it all the time. im slowly digging through as much of it as i can with my eyes now im a slow reader unfortunately. any help would be much appreciated!!

When askast posted a picture of his Unisolder with a 2.42" screen at while ago it certainly piqued my interest

. Based on his description I found that Aliexpress is awash with sellers offering this screen, including back board, for around 17 euros shipped. I just had to see if it worked, and it turns out it's basically plug and play, and compatible with the original firmware, just as askast said. This is the yellow version but is also comes in white, blue and green. Here's the link to the one I purchased:

The OLED display 2.42" mentioned in this thread earlier can be connected to Unisolder board as shown:

Screen VCC must be connected. Without VCC connected the screen is back powered by the data pins and it's a bad thing.
Considering the noise from the back board, it may be affected by the charge pump of the display. Maybe it induces ripple on the 3.3V rail so 3.3V regulator skips pulses thus lowering its frequency. Try to connect screen VCC though a ferrite bead or small inductor, like MLZ2012M100WT.

4
For Germany you can also try to buy from lcsc.com or tme.eu. Both have a large selection of electronic components available (much bigger than conrad.de or reichelt.de) and low shipping costs for european countries.
5
Quote from: tronix on March 15, 2021, 11:02:59 am

so ask yourself if it is worth the hassle to go through all this in the first place to save up little money when there are other options with providing better shipping methods and maybe better products.

You've already said it: WHEN there are other options - but sometimes simply there aren't any. Sometimes you need to buy some kind of "exotic" plug or IC your electronic wholesale dealer does not supply and you can't find on eBay (and certainly not on Amazon). What to do then? Maybe it's available on Mouser or Digikey - but i don't see the point in buying one simple 5€ item when the shipment costs additional 4, 5 or sometimes even 10 times of the items price (as it is the case for me with Mouser/Digikey orders under 50€).

In the last years i discovered some international electronic wholesale dealers - namely tme.eu (from Poland) and lcsc.com (from China) - which (thanks to warehouses in my own country) have reasonable pricing for their shipments and a fairly large selection of electronic parts. It's larger then the selection of my local suppliers... but sadly not as large as the selection Mouser or Digikey provide. So a lot of times it's still inevitable to buy from Aliexpress if i don't want to pay 30€ for a 5€ item. It's as simple as that. And (as i wrote): i don't had any bad experiences while buying over Aliexpress. I try to avoid buying there when i need parts as soon as possible. But when time doesn't matter i don't care buying there...
6
@Doomedahab
Agreed. I live in Germany and my experience is almost the same... even down to the one case, where i only got a partial refund (even though i thought i deserved a full refund).
7
I buy stuff fairly often via Aliexpress... and only one time had issues with a fake tracking number. I immediately opened a dispute with a picture for proof that the item was delivered to an address far away from mine and got my money back with no issues whatsoever.
I've had different problems with sellers over the years - ranging from 'no delivery' to 'wrong item' or 'wrong item description'. But i've had never any issues settling those problems via the Aliexpress customer service. Even a month ago, when a seller sent me the wrong item - he apologized and promised me to send the right one asap. And it arrived a couple of days ago...

Yes... there may be a lot more dishonest sellers on Aliexpress than on eBay. But it seems to me Aliexpress does its fair amount of customer protection service nonetheless. It's not perfect for sure. But even eBays isn't perfect. But they know: it wouldn't do them any favors scaring buyers away with some sort of zero right and protection guidelines for customers. Aliexpress and eBay are selling plattforms - so they need both: sellers AND buyers.

8
You can test your assembled Unisolder without any iron connected. But i would recommend testing it with an iron connected to it (since you can't assure if it's FULLY working, without any cartridge it can heat up).
9
I don't know what 'minkok' wanted to say with his post... but ID 1805 is correct for C245 cartridges:

... and the solder bridge between pin 53 and 54 should also be correct... since i did the same (except: i used a zero ohm resistor):

I will chek on p.1, but p.2 is not a problem. Any action on buttons or encoder takes it out of sleep mode, and this is intentional, and it has always been this way.

11
The original JBC... well... let's call them "forks"... those JBC "forks" (used on JBCs own stations to hold their Nano tools) are available to buy separately: 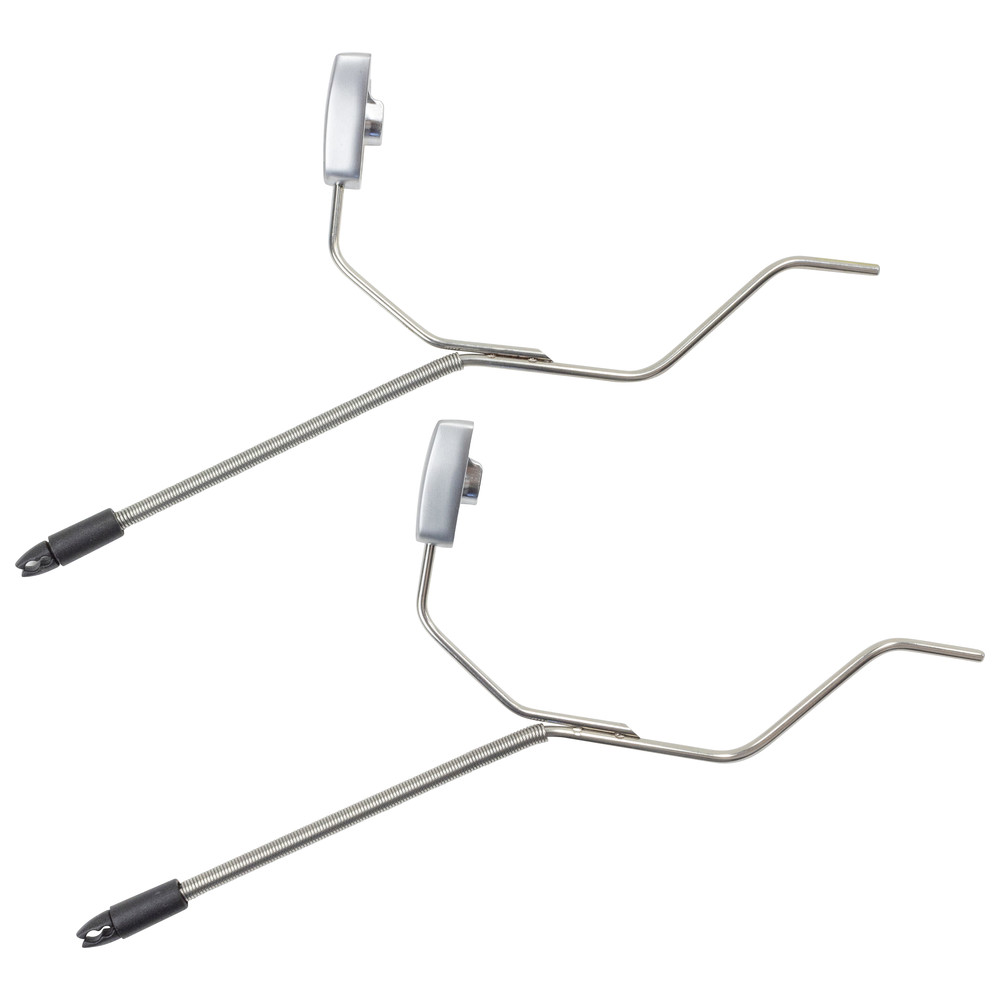 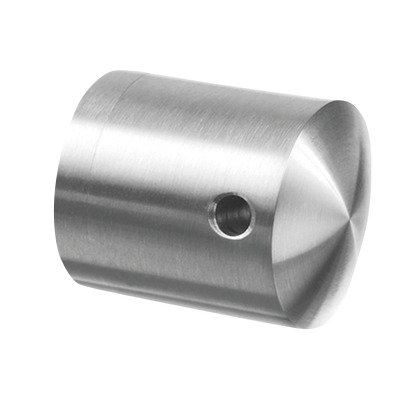 there is still no profile for nanotweezers.

I'm confused. I thought there is one... according to the iron.c:

And, I've added NT115 (Nanotweezers) profile, but it is not tested.

The resistors are given in the same table, and the connection might be like that on microtweezers, but I cannot tell for sure. 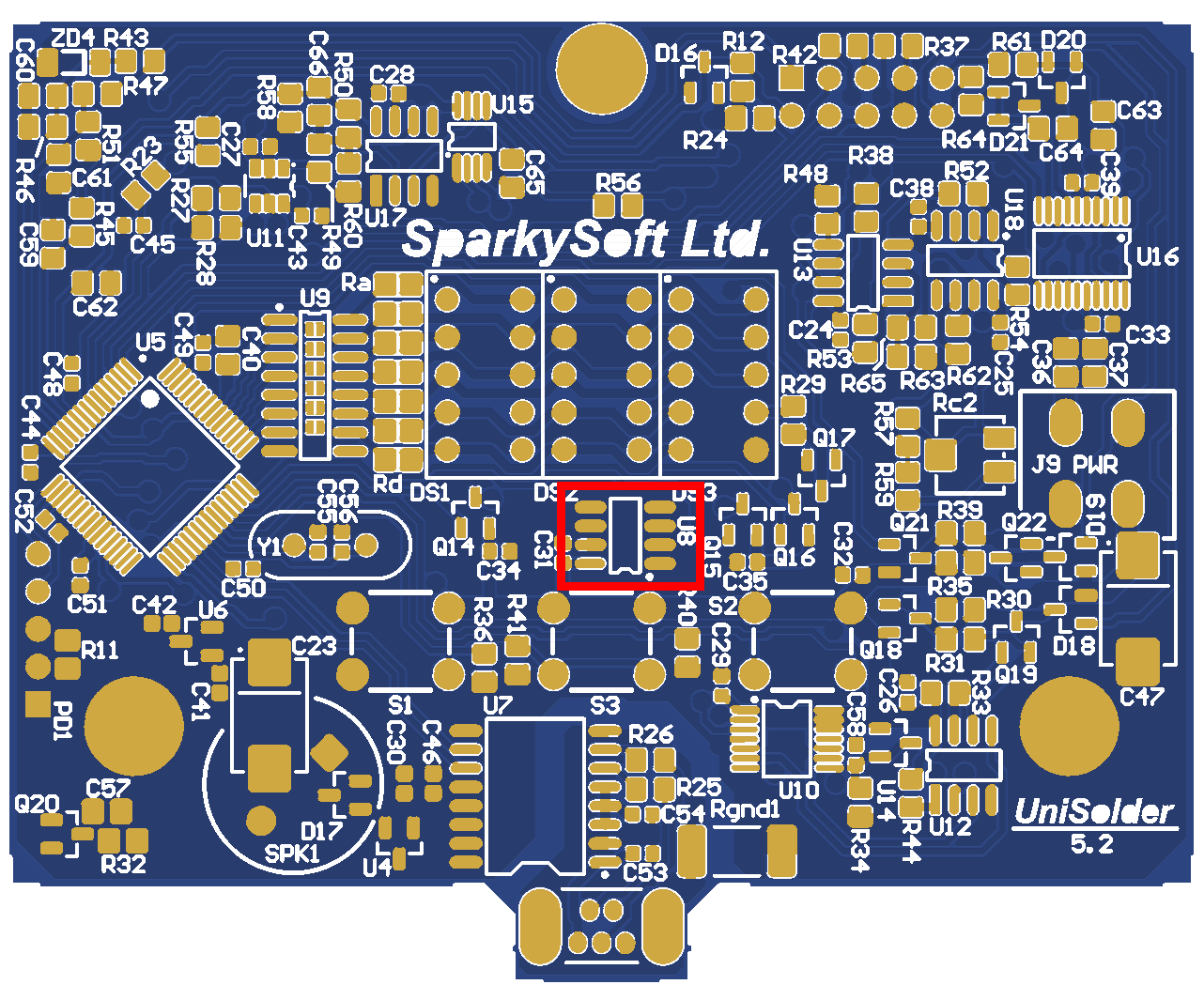 As 'sparkybg' said: it's normal. I assume it's related to the thermocouple being wired differently for both cartridges: 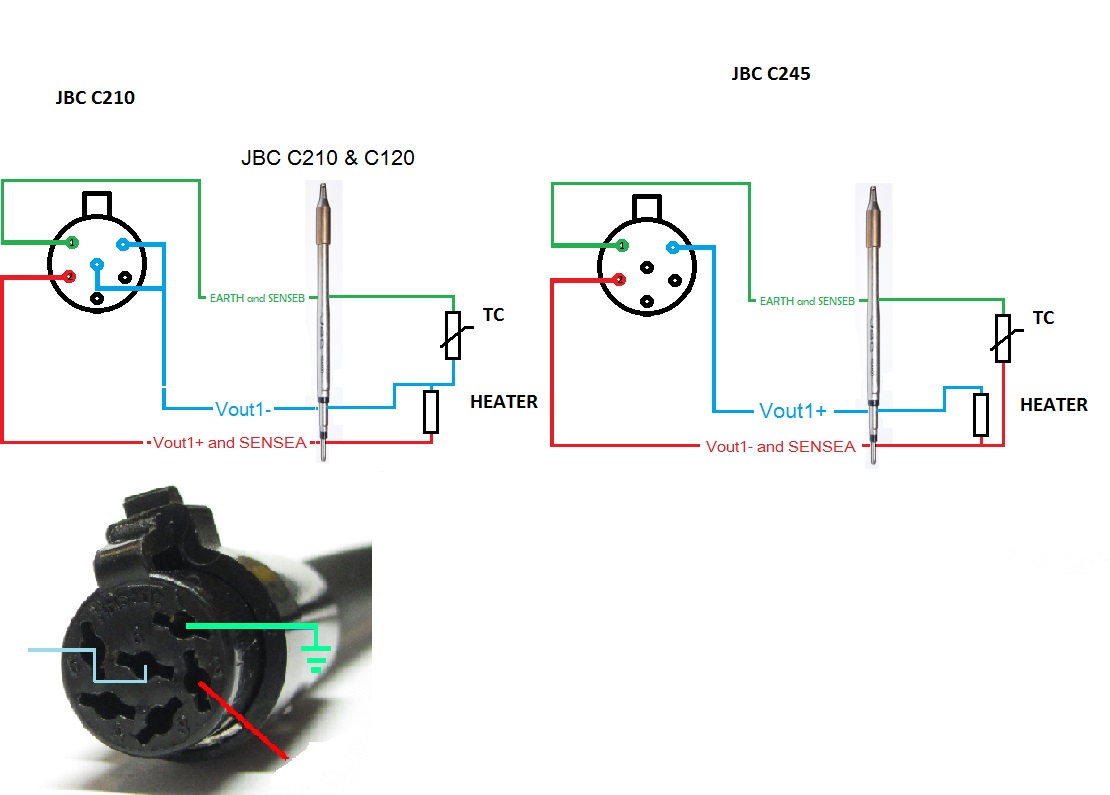 Is here anyne who uses the controller with a nano tweezer e.g. JBC AN115 ?

I've recently bought the JBC NP105-A Nanotweezers. The wiring is exactly the same as with the Microtweezers (described by 'sparkybg' in the first post)... just with a different resistor of course.