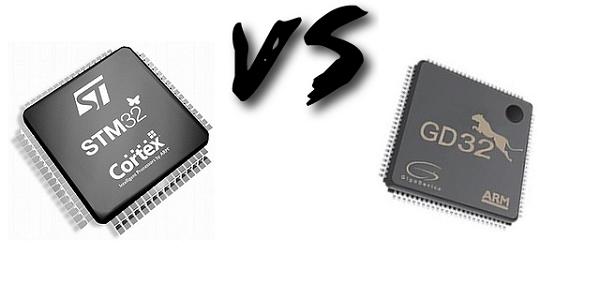 Sjaak wrote about a Chinese ARM chip compared to a ST ARM chip:

Most of us do know the ST line of ARM chips called STM32. They come in multiple flavours and the STM32F103 is one of the most common entry level family of chips. They are called by ST as mainstream. They are a full featured 32 bit ARM Cortex M3 chip running at max. 72MHz with all the requisite peripherals like ADC, DAC, USB, CAN, I2C, I2S, SPI, SDIO, PWM, RTC, interrupts and various timers. Lets zoom into the STM32F103C8 chip (which seems the be the go-to choice of the Chinese el-cheapo development breakout boards)