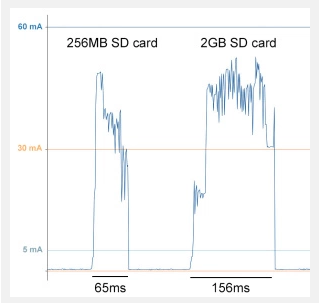 I saved SD power control to the end of my quest for low power logging, because of all the potential weirdness that could arise with the Arduino libraries. But after a reasonably thorough round of testing it all seems to be working OK with a BJT switching the ground line.

Via the Arduino forum.